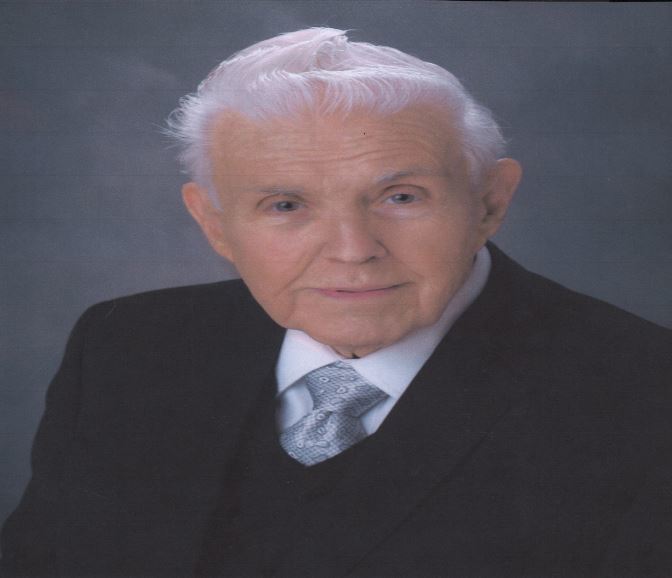 Eugene E. Bleil, M.D., is receiving the honor of Distinguished Graduate of Belleville High School for his devotion to the medical profession and his service as a POW and veteran of the U.S. Air Corps.

Eugene E. Bleil, M.D., class of 1938, is a medical doctor and esteemed veteran. He attended Michigan State Normal College (now Eastern Michigan University) 1938-39 on an invitation to train for the Olympics in track and field. At the end of 1939, he joined the U.S. Army Air Corps and was sent in December to the Philippine Islands because our nation was under threat of war with Japan. He fought on the Bataan Peninsula as provisional infantry lacking food and adequate munitions. Eventually, he and the other soldiers were forcibly transferred to Camp O’Donnell by the Imperial Japanese. Over 78,000 soldiers were compelled to walk the horrific 65 miles Bataan Death March. For over 5 days and 4 nights they were without rest, food, and water; however, the march lasted about 30 days. During this time, thousands of soldiers were murdered and tortured. He was held as a P.O.W for 42 months and worked in Japan for Nippon Steel. After the war, he was released, having been placed under a 50-year gag order with the mandate that he not write or speak about the war without permission upon penalty of a dishonorable discharge.

In 1946 he was discharged from the service, classified as unfit for military duty and 100% disabled. One parting comment given to Mr. Bleil was, "you won't live to see 40." His weakened condition as a result of the horrific conditions he suffered during the war prevented him from obtaining employment. He attempted to register for college at Michigan State College, yet found resistance to his acceptance due to his health issues. After six visits to the Michigan State College registrar, he was granted probationary entrance to the school. Against all odds, he earned a Bachelor’s of Science in three years and completed one year of graduate school to get a degree in Chemistry. He graduated from the University of Michigan Medical School in 1955 and licensed as Doctor of Medicine in 1956 post internship. He took a residency in Anesthesiology 1956-58 and will continue to serve the Art of Medicine until January 2016.